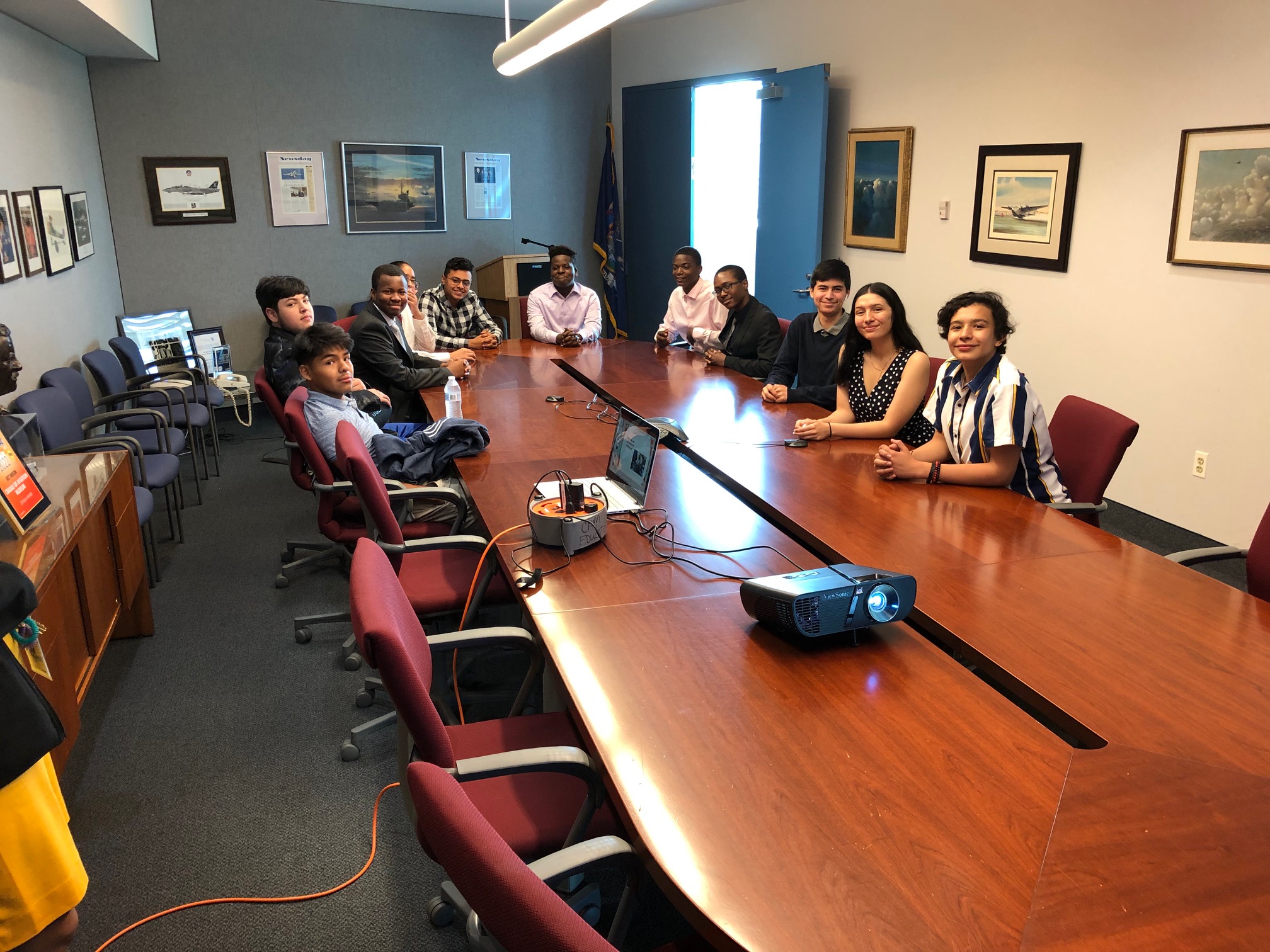 From June 27th to July 1st students from Freeport High School participated in a week-long intensive workshop focused on building and coding drones held at the Cradle of Aviation. Ryan Tang, a Laboratory Adjunct Instructor at Vaughn College, guided the students through the build while teaching them about the basics of flight.

Once their machines were built, students learned how to program their remote controls to make the drones do basic functions and then created the code that allowed the drones to fly autonomously. 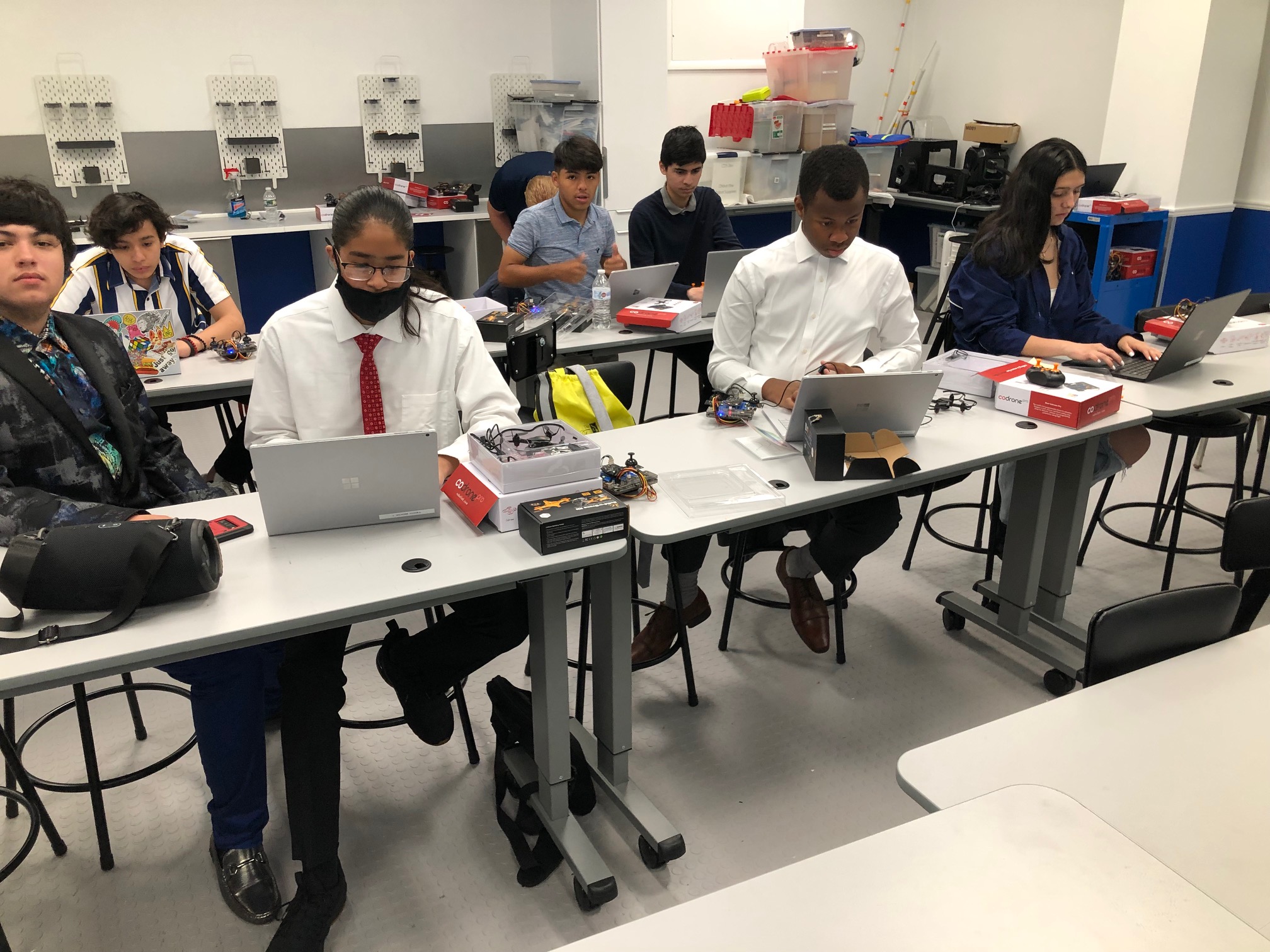 When the students were not building and coding, they were researching companies that utilize drone technology. They then researched and developed their own fictional company that used drones and made a pitch to their classmates, seeking funding. Their pitches were made using Ignite Style presentations where each group had five minutes to make a presentation consisting of 20 slides.

At the end of the P-Tech Student Drone Workshop program, students were able to keep their drones in order to keep exploring with coding on their own. 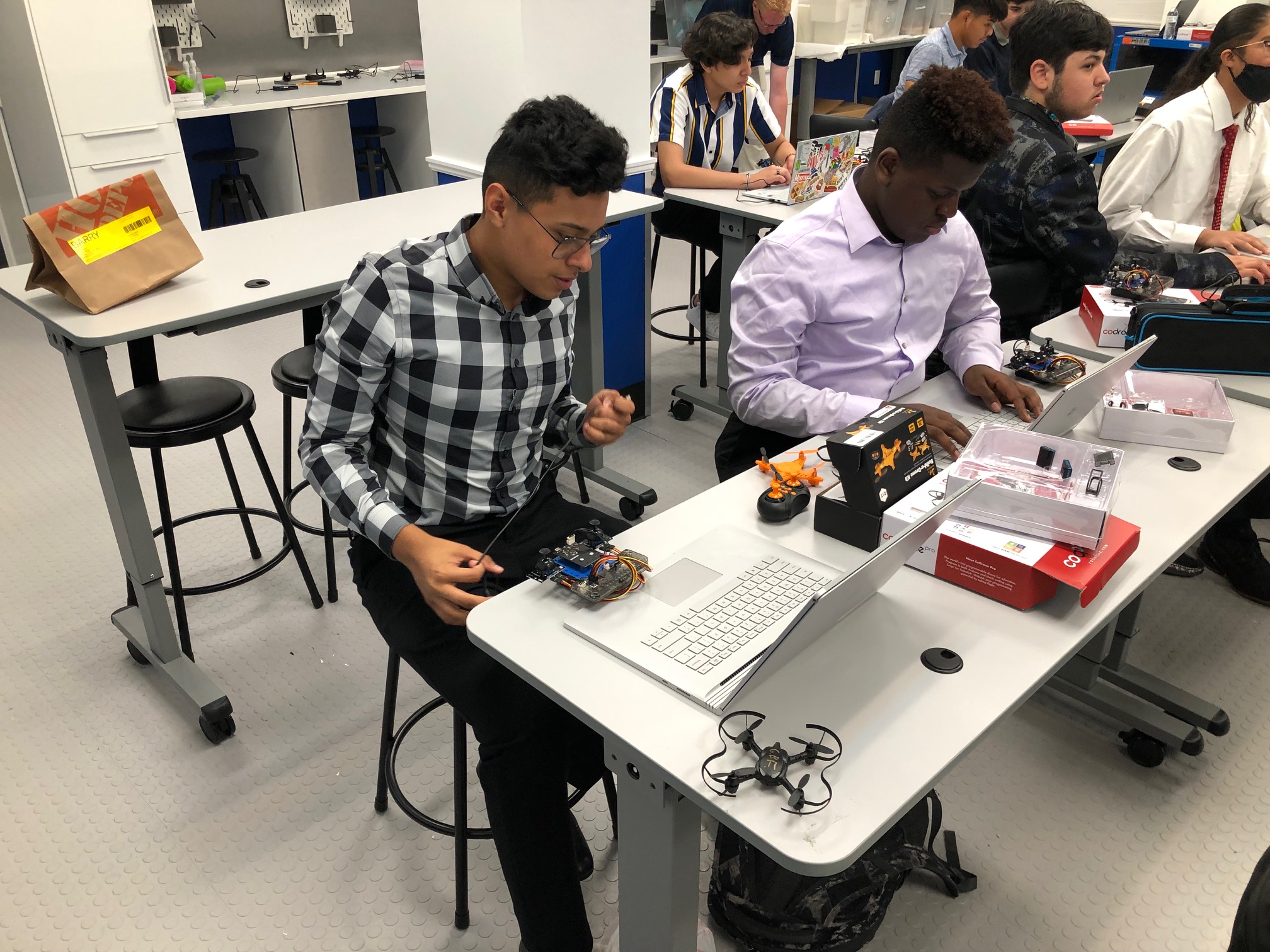 This workshop was the culmination of a nine-month program that included job shadowing, model rocket building and launching, and a career fair presented at Freeport High School.

For more information on STEM-related career paths, be sure to watch the career video series, Full STEM Ahead Long Island. From bioengineering and cybersecurity to healthcare and coding, there are many STEM job opportunities right here on Long Island.